Here are a few of the most common problems that Geeni camera user frequently face their troubleshooting against these issues are in detail.

So here is the List of Geeni Camera Troubleshooting

To test two-way audio, stand far away from the camera or in a different room, and have someone else stand near the camera. This is because any echo heard by the camera, including one created by sound looping between the camera and your phone’s speakers, will be immediately detected and muted by the camera.

If your two-audio is not working on your camera, you can try the following: 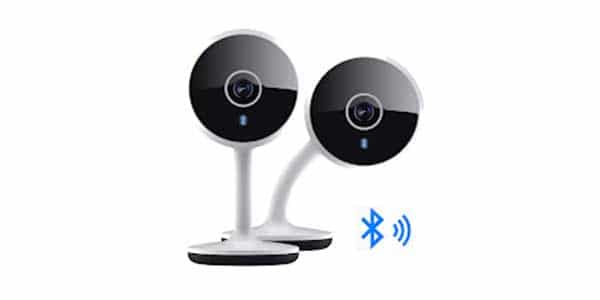 If on the phone provide permission steps (Same for Android and IOS):

“Geeni camera building encryption failed” appears to be a very typical problem that many people seem to be having with the Geeni camera. They are unable to use their smartphone correctly due to this problem.

We will be explaining all the different ways on how one can troubleshoot the error for good. So, let’s get right into the troubleshooting procedure!

Possibly these three reasons behind this error:

If you’re not sure why this error occurs, it’s typically because of a problem with the device’s network connection. As a result, the first thing we recommend is that you verify your internet connection.

Because the gadget does not appear to fully support 5GHz, double-check that your router’s Wi-Fi band or frequency is set to 2.4GHz. You’ll also want to double-check that WPA/WPA2 mode and the DHCP function are both enabled. Finally, make sure wireless access control is turned off.

Another item to look at is the phone you’re currently utilizing. It’s possible that your phone doesn’t support the app entirely. In this situation, you can try utilizing a different device to see whether this is the true cause of the issue.

Surprisingly, several customers have stated that changing their router’s name and password to both English letters and numbers seemed to have resolved their problem. As a result, we encourage you do the same.

Alternatively, we recommend that you double-check that your router is not too far away from your computer, since this might cause the problem. 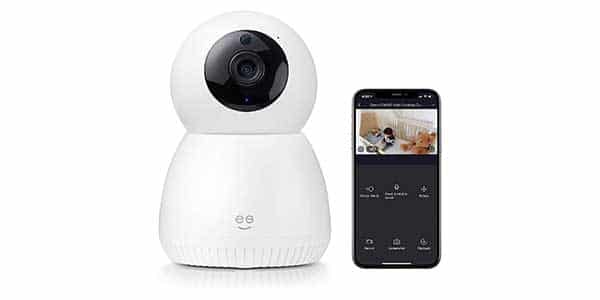 To Fix this Problem:

Use a Bigger Screen

Even though there are a variety of variables that might cause the Geeni Camera to fail to scan the QR code, the majority of users were able to resolve the problem by utilizing a larger screen. The good news is that this problem is simple to fix; all you have to do is capture a screenshot and display it on a larger screen.

If you’re using a smartphone with a smaller screen, just snap a screenshot and upload it to your television. You may now scan the QR code with the camera without experiencing any performance difficulties. After that, the setup procedure is simple to follow.

Users sometimes believe that boosting the smartphone’s brightness will enhance their chances of connecting to the smart camera. However, this is not always the case, and you will most likely have the same issue if your device’s brightness is set too high. The camera will not be able to scan the QR code, and the Geeni camera will continue to give you the same error.

Fortunately, all you have to do in this circumstance is reduce the brightness by a small amount and then double-check the scanning feature. You should be able to get ahead of the scanning difficulties at this stage if the lens is not dusty.

Your Phone Is Too Near Or Too Far Away From The Camera.

Changing the camera’s angle when scanning the QR code has an effect on this problem as well. So, if you’re not having any luck despite having a large enough smartphone screen, try changing the angle of your camera. Make sure the space doesn’t have any other light sources that might reflect the light from the smartphone screen.

Fixing the angle should, in theory, produce better results, so play around with different camera angles and you should be able to go past the QR scanning step.

The lens of your camera also has a huge role to play in scanning the QR code. In most cases, you will find that the lens is too dirty, and that is why the Geeni camera is having trouble scanning the code. The only thing you can do here is to clean the lens and then go through the scanning process again.

Some users have also said that bringing the camera closer to the smartphone is not a good choice when you’re scanning the code. There should be at least 7 to 9 inches of distance between the camera, and the smartphone is enough to access these settings.

The Wi-Fi SSID and password should be between 1~31 characters. Please make sure they don’t contain special characters, like &<>.

The QR Code is Too Small For the Camera to Scan

Enlarge the QR code generated on the phone or try to use a phone with a screen larger than 4-inch.

The app is set to use the dark mode

If the Geeni camera still won’t scan after trying all of these troubleshooting options, you might consider resetting the camera. There’s always the chance of programming difficulties, and resetting the camera will clear them from your smartphone. As a result, just reset the smart camera and begin the setup procedure all over again. Hopefully, the camera will start operating properly this time.

Use the reset pin to press the Reset Button for several seconds (at least 5 seconds) until the camera starts to beep.

Make sure you entered the correct Wi-Fi password during the Wi-Fi setup. Check whether there are any Internet connection problems. If the Wi-Fi signal is too weak, reset your Wi-Fi router and try again, or change your modem because sometimes a few modems are incompatible with the camera.

Note: Contact support staff if these solutions failed to fix your problem